Craziest McGregor vs. Khabib Bets You Can Actually Make

With each passing day, MMA fans get to breathe a sigh of relief that nothing has yet forced a cancellation of the upcoming bout between Conor McGregor and Khabib Nurmagomedov. Main-event undoings have become all too common in the UFC, and given the fact that Khabib has been forced out of bouts during fight week before, many fans are simply hoping these two men actually make it into the Octagon on Saturday night. That’s appearing more and more likely, and one of the very best online US sportsbooks is now offering some of the craziest McGregor vs. Khabib bets with the highest-paying MMA odds to date. To see a complete list of all these bets, hit this link here and you’ll receive up to $200 as a welcome bonus to bet on all the big fights.

McGregor wins, then retires inside the cage – 67/1

Conor McGregor has publicly stated that he only took this bout against Khabib Nurmagomedov to cement his place as the best lightweight in MMA. He made upwards of $100 million in his recent boxing match with Floyd Mayweather, and is more than likely now fighting purely for the competition. With a win, it’s not a stretch to imagine he calls it a career and retires. 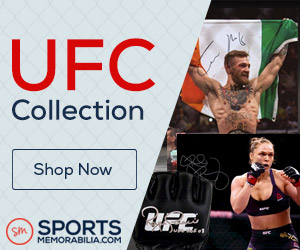 Conor has even been quoted as saying he wants to “get in, get rich, and get out.” He’s sure to make seven-figures for this bout, and with a win, there’s not much more that the Irish superstar could accomplish in MMA. Fortunately, Intertops Sportsbook is offering an astounding 67/1 odds on Conor winning, and retiring. That means a bet of just $25 would payout more than $1,600. It’s one of the craziest McGregor vs. Khabib bets available right now, if only for the huge amount of money bettors could win on it.

The rivalry between Conor McGregor and Nate Diaz is no joke. These men have fought twice in the UFC Octagon, and may fight for a third time if the stars align. Diaz is already scheduled to fight less than a month after McGregor does, yet fans can now bet on whether or not Nate Diaz attacks McGregor at UFC 229 with Intertops.

It’s a little surprising to see the odds at just 5/1 here. Diaz likely knows what the repercussions would be if he were to assault Conor outside the cage, especially considering he was recently in hot water for shoving another fighter at an MMA event. Still, Diaz is known to march to the beat of his own drum, and a fight between Diaz and Conor breaking out isn’t so far-fetched.

Alright, there’s no denying this is one of the craziest McGregor vs. Khabib bets available online today, even if it involves only one of the fighters. Khabib is a proud Russian, and Putin has been known to support Russian MMA fighters, but this bet is seriously unlikely. The odds reflect that at 1001/1.

Putin is one of the most powerful men in the world, and the security necessary for him to walk Khabib out to the cage would be unprecedented. Furthermore, Nurmagomedov has lessened his support for the Russian leader since he sent Khabib’s friend and Oligarch to prison for embezzlement. At 1001/1, a payout here would be absolutely massive, and as we’ve seen before, anything is possible.

To find more of the craziest McGregor vs. Khabib bets online, make sure to click this link here. As we mentioned before, Intertops is offering new members an incredible bonus up to $200 when signing up, which you can use to bet on every single fight taking place this weekend. Tell us which fighter you think gets his hand raised on Saturday’s main-event in the comment section below!