We’re now halfway through the NFL’s 2018/19 regular season, and a number of teams are beginning to emerge as potential Super Bowl winners. There are some massive games taking place this weekend that could make a serious impact on the playoff. In this article, we at Sports Harbor will break down the top three NFL games to bet on in week 9.

These bets come from one of the best online sportsbooks that accepts US players.

Those that want to skip our breakdown and get straight to the betting can click this link here and become eligible for an incredible $20 free bet after signing up.

Let’s get into it!

Most NFL games will agree that the biggest game taking place this week is between the Rams and the Saints. Both of these teams are at the top of the rankings, and the winner may find themselves with a first-round playoff bye.

The LA Rams are probably the best team in the NFL right now. They are undefeated at 8-0, although they very nearly lost last week against the Packers. It seems like only a matter of time before the Rams slip up, yet they’re still the betting favorites heading into this games with current odds of -125 to get the win.

New Orleans has been looking fantastic as of late. They’re 6-1 right now, with their only loss coming against the Buccaneers in the first game of the season. The Saints seem to really turn up the heat while on the road, but they’ll have the home-field advantage this weekend against LA. Even the best NFL betting experts are torn here, though the odds list the Saints as the underdogs with odds to win at +105.

Another one of the top NFL games to bet on in week 9 is the matchup between the Patriots and Packers. Again, this is a game that some experts are torn on, and could have an impact on the playoff scene soon to come. The odds are in, and bettors have some great opportunities to cash out.

The Packers have been somewhat underwhelming this season, yet they’ve shown a few moments of greatness. They have a solid roster with Aaron Rodgers leading the offensive charge, but unfortunate circumstances have led Green Bay to some losses. The Packers are never a team to count out, and a win this weekend would be massive for them going forward. They’re the underdogs here with current odds of +200.

New England just knows how to win. Their offense looked a little weak against the Bills on Monday, but they rallied late to secure the victory. With a 6-2 record, they’re beginning to look like another Super Bowl run may be in the works, and they’re listed as the considerable favorites here with current odds of -240.

The last addition to our list of the top NFL games to bet on in week 9 takes place between two teams fighting to earn the top spot in their divisions. Both the Chargers and Seahawks are looking great this season but neither is listed as much of a 2019 Super Bowl betting favorite. 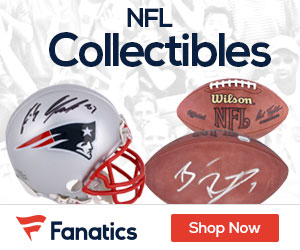 With a record of 5-2, the Chargers are near the top of the AFC and possess one of the strongest offensive lineups in the NFL right now. They’ll need that firepower against the Seahawks’ defense. This is a tough one to call, and the odds reflect that. The Chargers’ odds are listed at -105 to get the win.

Seattle has arguably the best defense in the NFL. Despite many of these defensive players lacking the experience that some teams have, they’ve shown an incredible ability to stop their opponents from pushing down the field. They’re the very slight favorites here with current odds of -115 to get the win.

To see more of the best NFL games to bet on in week 9, make sure to click this link here to become eligible for an incredible 50% bonus on your first deposit up to $1,000. Let us know of any questions you have in the comment section below, and good luck placing your bets!

Want to Bet on the NFL in Minnesota Online? Here's How